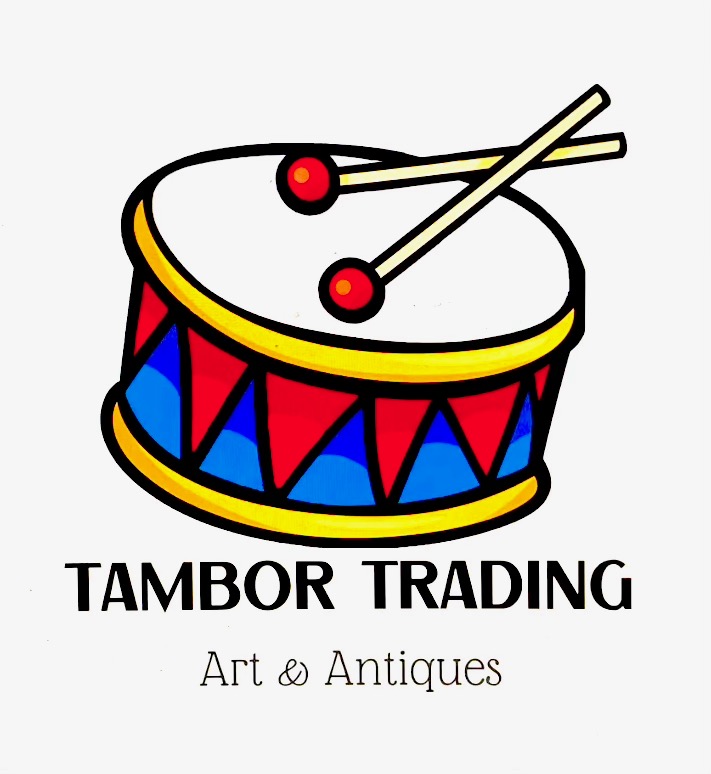 The MBCA is a non-profit organization consisting of around 300 members from the United States and several foreign countries. Organized in 1958, it is dedicated to expand the knowledge and availability of Antique Mechanical Banks.

Antique mechanical banks make the act of saving money fun. Insert a coin, push a lever, and watch the action play out! The coin might be fired into a fort from a canon, placed into an animal's mouth before being swallowed, or put in a man's hand for him to slide into his pocket. Other mechanical-bank actions prompted human and animal figures to kick, jump, dance, and do headstands. Unlike a still bank, a mechanical bank is defined as a toy bank wherein a coin is deposited by a mechanical process. Some people also collect "semi-mechanical banks," whose features include ringing bells or the release of all collected small change once a certain amount has been deposited. The latter are known as "registering banks." Another collecting subset focuses on contraptions that were designed and developed but never made it to production—these are known as "conceptual banks." Mechanical banks were first manufactured in the late 1800s, as the middle class emerged and grew in prosperity during the Industrial Revolution. Hence, the concept of earning and saving money became more and more important, particularly as a value to impart to children. At the same time, Victorian Era tinkerers were experimenting with mechanical technology, including spring-driven and windup devices. The era also saw a shift in how toys were made. Originally crafted out of wood and cloth, more and more toys were fabricated out of cast-iron and mass-produced in factories, giving their adult creators a chance to express their commentaries on daily life. James Serrill patented the first U.S. mechanical bank in early 1869. Called Bureau, this simple wooden device required the user to place a coin in a drawer. When the drawer was closed, the coin was deposited into the holding compartment inside. The same year, the first patent was issued for a cast-iron mechanical bank, Hall's Excelsior. In that device, a coin was placed on a cashier's desk on top of the bank, and the weight of the coin caused... 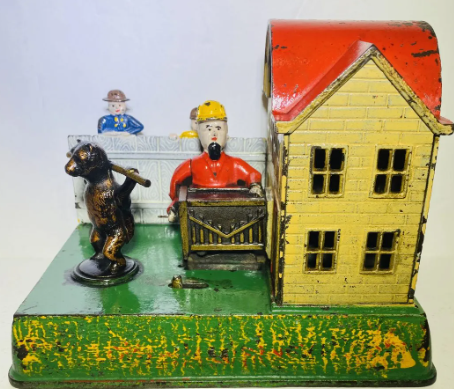 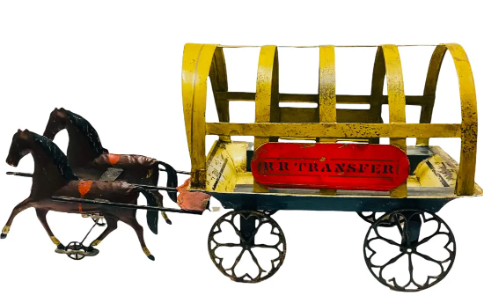 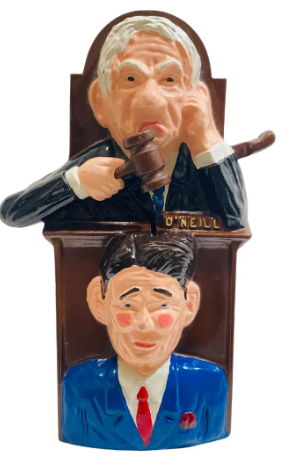 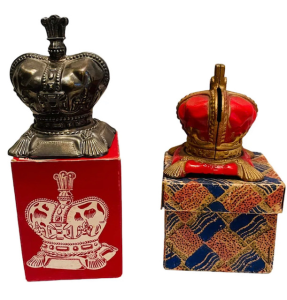